The orphan drugs market is growing annually at roughly 7%. Total orphan drug sales will rise from $127bn for 2017 to $217bn in 2022. An orphan drug can be defined as an agent specifically designed to treat rare (orphaned) diseases. Prior to 1983 R&D of orphan drugs was limited but a US orphan drug act at that time gave incentive to the new development of these medicines. NORD (The National Organization for Rare Disorders), one of the backers of the original act estimates 30 million Americans suffer from thousands of rare diseases. The 1983 act paved way for other countries to follow suite, notably the European Union in 2000 and Japan a decade earlier. The Pharma14, monthly updated, platform tracks and lists all marketing authorizations, including orphan drugs across 41 countries. Sample data: Orphan drug Nitisinone in German market. 2 mg, 5 mg, 10 mg, 20 mg capsules. 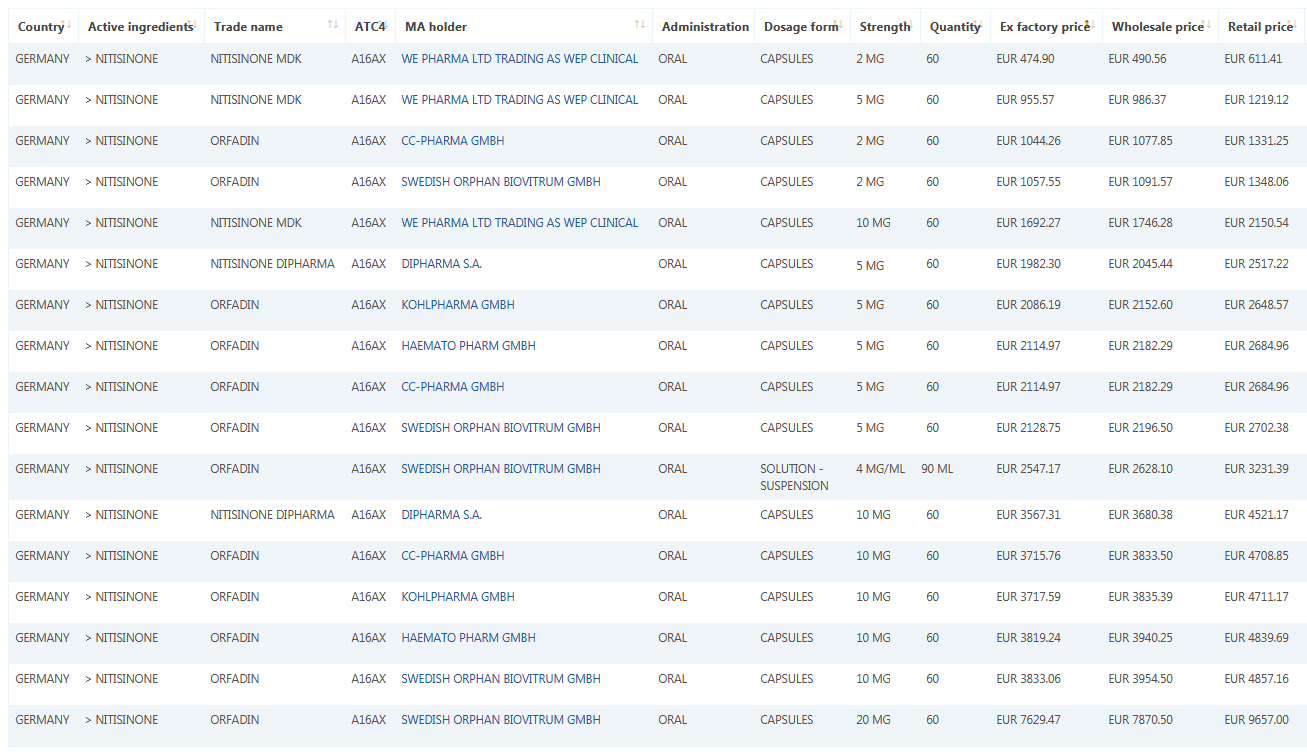